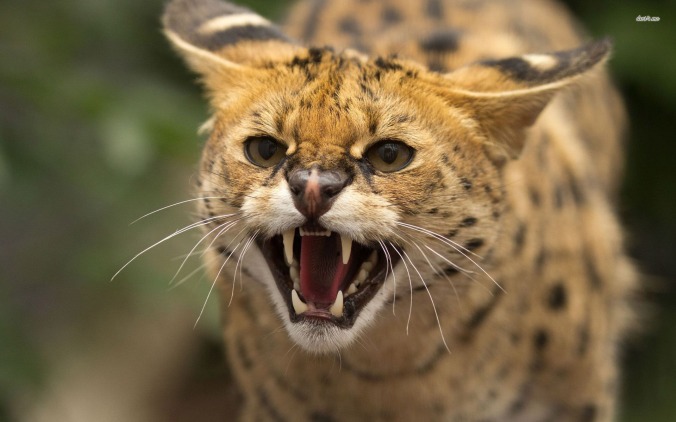 The Warriors are fired up after a come from behind win against Nebraska and an all around successful Homecoming. With games against Wisconsin and Notre Dame on the horizon, the ‘Cats better not look too far ahead as they head to Piscataway, NJ to take on Rutgers. The WLW members are all expecting one result this week.

Game Summary: Apathy is even lower…. it will be at an 18 year low if we win this week and next week. Why? We’ll be very well positioned in the B1G West with Notre Dame coming to town. That’s like every child’s Christmas rolled into one.

Let’s cross that bridge when we get to it. What’s on tap this week?…..

Rutgers. They suck. Truly. But guess what? So does Akron. Rutgers is only slightly worse (124 vs 119) in the S&P+ rankings. Because they are a college football team, we could lose to them.

This game is going to be brutally difficult to watch. Rutgers has one of the worst offenses imaginable. So, I don’t expect them to do much on that side of the ball unless we hand them repeated gifts. That said, their lack of offense will inevitably lead Fitz and Mick into a dreadful offensive shell given the lack of urgency needed.

We’ll try to establish a running game and it will fail… miserably. The Rutgers run D is better than Nebraska’s (it literally cannot be worse). We weren’t able to run on Nebraska. We won’t be able to run on Rutgers.

Once every 3 or 4 drives, Mick will realize that we still have to score to win the game so he’ll go pass heavy. That should work enough to get us into the 20’s. But, don’t expect this to be pretty.

Play of the Game: Flynn Nagel with an absurd one handed sideline catch for a first down.

Player to Watch: Luckenbaugh. Does he make 3 EPs and 2 FGs? Or does he go 3/4 on EPs. There are multiple paths to 27 (Rutgers fans would tell you that we’re equally likely to force 12 safeties and get a FG).

Warrior to Watch: Roche. Why not? He’s the closest to Piscataway of the bunch.

Other Game to Watch: Maryland @ Iowa…. we’re nearing a point where we start cheering against Iowa and Wisconsin at all costs. Iowa could lose this if they aren’t careful.

Game Summary: The ‘Cats are in the hunt for the B1G West after a miraculous victory last week against Nebraska. I knew it was going to be a tight game going in, and the Huskers proved my concerns valid as they held a 10 point lead with time ticking down in the 4th quarter. Clayton “Bigsby” Thorson led a furious comeback, aided with some very clutch kicks from our backup kicker Drew “Lucky” Luckenbaugh (my creativity is thriving today). Thorson’s 99 yard drive was the first time I’ve really seen our QB come up clutch in a big spot – it reminded me of Trevor Siemian’s game winning drive against Syracuse back in 2012.

This week, we face a really bad Rutgers team. Could we lose? Sure. Do I think we’ll lose? No. I think we’ll struggle at times and this won’t be a runaway victory, but the ‘Cats will pull it out in the end.

Play of the Game: Thorson drops a dime to JJ “The Jet” Jefferson for a deep TD.

Player to Watch: I’m going to stop putting Isaiah Bowser here since he isn’t getting any playing time! I’ll put Thorson here – he’s got an opportunity here to improve his draft stock.

Warrior to Watch: Rankin – I believe his mom went to Rutgers?

Other Game to Watch: Patriots @ Bears. I do not currently hold tickets to this game, but there is a 57% chance I will attend.

Game Summary: The Cats should win this a win by a lot. Rutgers is the worst power 5 team and might just be the worst team in all of college football. We best win or there will be hell to pay. Also, Clayton should try and throw for 1000 yards in his hunt to be all-time Big Ten passing leader.

Play of the Game: Samdup Miller scores on a pick-six with 7:50 to go in the first quarter.

Player to Watch: JR Pace – Signs point to him upping his interception total during this game.

Warrior to Watch: Paul: He’s in New York, will he journey to the Garden State for some football?

Other Game to Watch: WSU vs Oregon: Pullman finally gets a visit from gameday. I’m calling the upset Go Cougs!!!!!!

Game Summary: The fuck did this team lose to Akron?

Play of the Game: Looking at Luckenbaugh to have a solid game to boost his confidence.

Player to Watch: Any running back? I don’t think Thorson is good/healthy enough to rely solely on him in games against Wisconsin, ND.

Warrior to Watch: Thanks for the shout-out, Rog! But Drew Day is gonna have an early morning out west. All eyes on him

Other Game to Watch: Michigan – Michigan State! I really don’t know what to make of either of these teams. Each is somehow both better and worse than their records indicate

Game Summary: Blowout win. This will be a fun game to watch for the Cats.

Play of the Game: Flynn Nagel diving catch out of the side of the endzone for a TD.

Player to Watch: Flynn Nagel. Came off his best game of his career last week and will look to keep the gravy train flowing.

Warrior to Watch: Roger. Will he go apple picking instead of watching the game?

Other Game to Watch: MSU/Michigan. Rooting hard for Sparty.

Play of the Game: Defensive TD by the ‘Cats.

Player to Watch: Mick McCall – how long is his script this week? Is it one series or is it a Song of Ice and Fire?

Other Game to Watch: Vikes – Jets. Are the Vikes back? Sources say probably not.

Game Summary: Fun fact – Rutgers is 3-0 all time against Northwestern per winsipedia.com (seems…credible?). This is our second trip to Piscataway, however, we also racked up a road L in Newark, NJ in 1919. Our other loss comes at home in Evanston a mere 33 days after my birth. This game will give us a scare. We won’t wallop them like we should because we always play down to our competition. When the dust settles, however, we will walk away with our first ever win against the Scarlet Knights. Go ‘Cats!

Play of the Game: Sack on 4th and long for Rutgers during the final seconds of the game.

Player to Watch: Chad Hanaoka – got his first tick last week and picked up a huge first down. Will he continue rolling this week?  🤙🤙

Other Game to Watch: Maryland @ Iowa… have to agree with Rog here.